Sarah Jean Anderson:
Outrageously original
comedy and art
made with love
in the Great Lakes State. 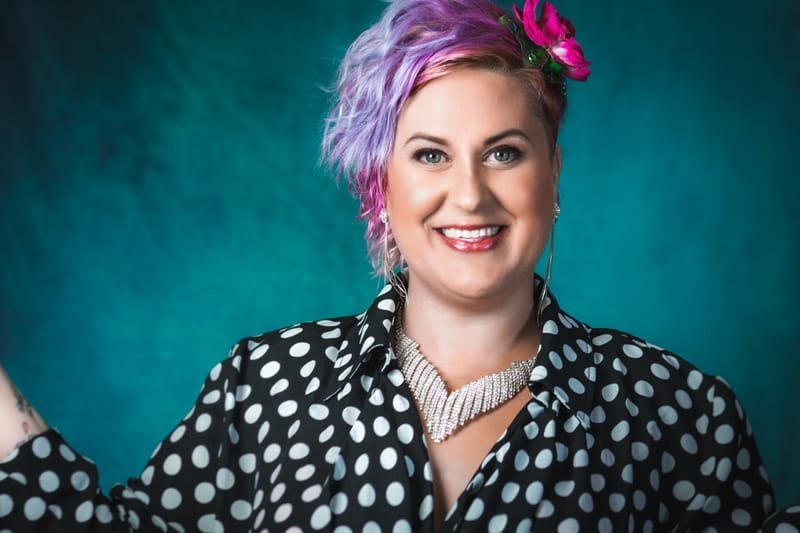 Best known for her unusual, offbeat characters and bawdy stage persona, Sarah Jean Anderson is an artist, comic and character actor from Grand Rapids, MI. She has been performing since 2004, when she joined a band and started to learn the bass at 20 years old. She soon started to perform at a local poetry open mic, and that immersion in the local music scene lead to an introduction to burlesque.

From 2010-2013, Sarah Jean toured the US extensively as a character actor & burlesque comedienne with Super Happy Funtime Burlesque and as an improv actor with The Murder Mystery Company, where she learned to interact with audiences all over the country. Sarah then decided to pursue comedy & perform professionally. She has been a member of several improv and sketch comedy groups including Old Lady Monday, and the all-female comedy troupes Funny Girls, and Comedy Coven (Lansing, MI.) Voted Best Comedian by West Michigan’s Revue Magazine in 2016, she placed in the Best Artist category in 2017. She has written and produced 13 original comedy shows since 2008, including One Pretty Funny Girl (2008) and After School Special (2014).

Sarah Jean has served as host for a number of burlesque shows including Shimmy Shack Burlesque (from 2010-2019) and Tease-a-GoGo in Lansing, MI (since 2019), as well as co-host and art judge of the life drawing event Dr. Sketchy's Anti-Art School Grand Rapids (2009-2019). She also served as host of Amateur Cabaret - a weekly drag showcase - for 5 years at Diversions Nightclub in Grand Rapids. Every summer since 2011, she has taken the stage as emcee of the Girls Rock Grand Rapids student showcase.  She continues to host a wide variety of community events in Michigan and abroad.

In addition to performing, SJA is also a mixed media artist, creating original paintings featuring strange characters and whimsical scenes. Follow her on Instagram to see newly completed pieces or order your own custom painting today by visiting SarahJeanLand on Etsy!

Thanks for reading! XOXO! 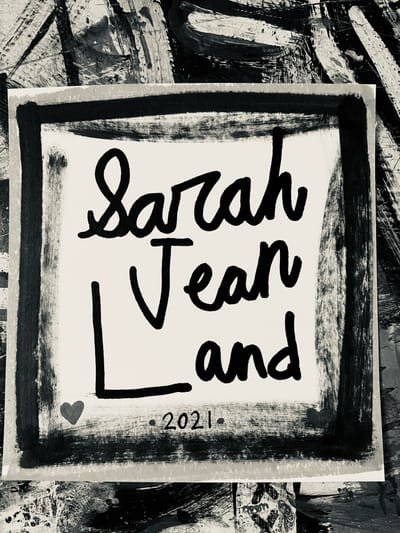 Hire SJA for your event!

Send a message with your event details, budget, and what you'd like to hire me for. I can't wait to hear from you! 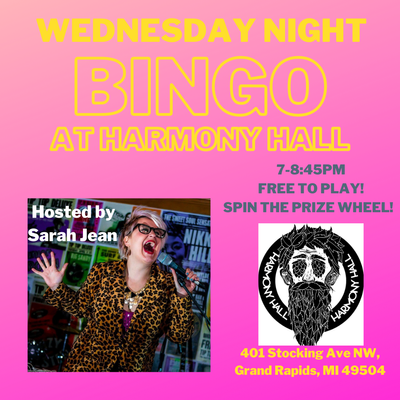 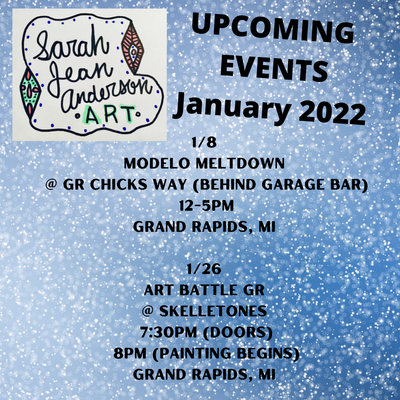